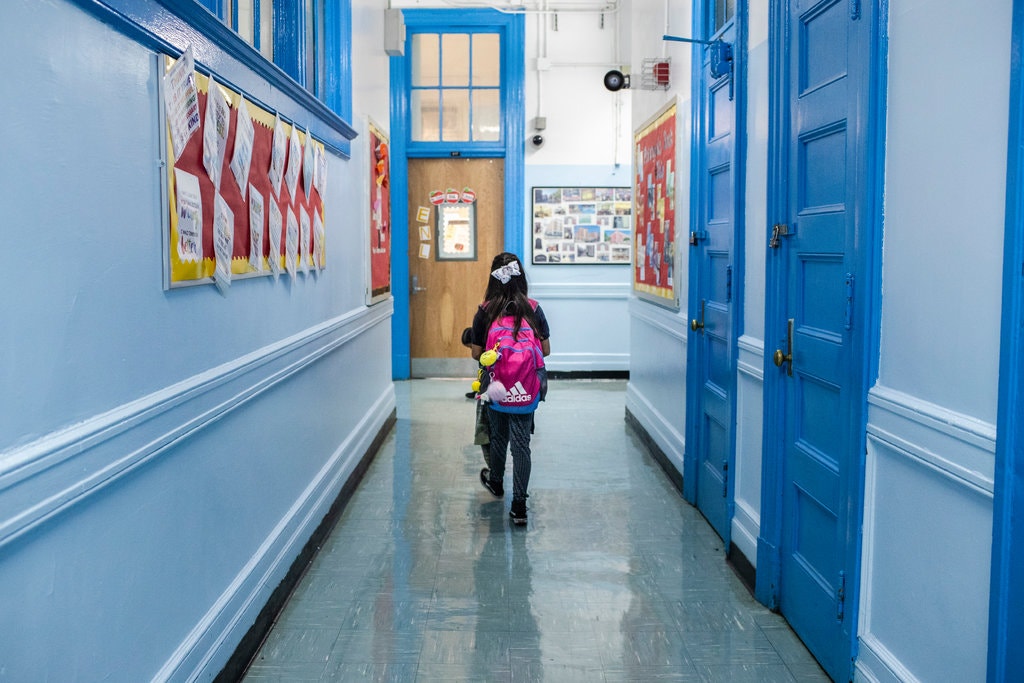 Some children lost a stable home when a parent succumbed to opioid addiction. Others were forced to stay in hotels after hurricanes or fires destroyed their homes. Still others fled abuse or neglect.

More than 1.5 million public school students nationwide said they were homeless at some point during the 2017-18 school year, the most recent data available, according to a report from the National Center for Homeless Education released last week.

It was the highest number recorded in more than a dozen years, and experts said it reflected a growing problem that could negatively affect children’s academic performance and health.

“The ripple effect here is real,” said Dr. Megan Sandel, a director of the Grow Clinic at the Boston Medical Center, who said housing instability was associated with developmental delays in children and children in fair or poor health.

The center, which is based at the University of North Carolina at Greensboro and is funded by the United States Department of Education, issued the report on Jan. 29. Its findings came as a housing affordability crisis sweeps the nation and homelessness continues to rise.

The report compared the 2017-18 school year with the 2015-16 school year and found a 15 percent increase in the number of students nationwide who experienced homelessness.

The 2017-18 number was more than double the nearly 680,000 homeless students reported in 2004-05, the first school year examined by the center, its director, George Hancock, said.

The report also showed a 137 percent increase, to more than 102,000, in the number of students who while homeless reported staying in “unsheltered” places, such as abandoned buildings and cars.

The center compiles figures submitted annually by states to the federal government that include students who said they were homeless for even brief periods during the school year. Homelessness could mean sharing homes with other families during times of economic hardship or spending a night in a homeless shelter.

The numbers influence the distribution of federal and state funds for homeless programs. They capture only what was reported by state or local officials. Numbers from Vermont, for example, were not included for the 2017-18 school year because the state did not provide them in time.

Texas reported the largest increase over the three school years, with the number of homeless students doubling, to more than 231,000 in 2017-18. Fourteen states reported a decrease.

The report did not offer reasons for the changes but experts pointed to diverse factors that may have helped drive the totals in a troubling upward direction.

“It is complex, depending on where you are in the country,” said Barbara Duffield, the executive director of SchoolHouse Connection, a nonprofit based in Washington that supports youths who are homeless.

Severe natural disasters could drive the increases, particularly in Texas and Florida, which had a 32 percent rise, Ms. Duffield said. Both states were hit hard by storms that ravaged thousands of homes.

She said a lack of affordable housing, the opioid and methamphetamine addiction crises, and fluctuations in local economic conditions — a factory shutting down, leaving parents unemployed and unable to pay rent, for example — all influence the rise in homeless students.

In many cases, districts have been getting better at identifying which students are homeless.

“We definitely see that when school districts pay more attention, when they invest in training, when they get out into the community, then the numbers also go up,” Ms. Duffield said.

In Santa Rosa County, Fla., which is on the Gulf Coast, the school district identified more than 1,000 students of a total population of nearly 28,000 as having experienced homelessness in the 2017-18 school year.

The majority live with other families, also known as “doubled up,” said Karen Barber, the district’s director of federal programs. She said most homeless students also have a single parent.

The numbers have declined in recent years as the local economy has improved and the district has expanded programs to help homeless students, she said. But rising housing costs have kept the figures higher than they should be, she said.

“We’re not moving the needle as much as we could because of the lack of affordable housing,” she said. “That really is the biggest issue.”

She said district staff look for “red flags” that might indicate a student is homeless, such as recurring tardiness or an unpaid meal balance.

Ms. Duffield said many students are often “living in fear and shame.” Some families do not report homelessness because they think it would constitute child abuse or neglect.

The annual numbers in the center’s report most likely underestimate the problem. For example, they do not include private school students. An audit by California in November found that public school districts significantly undercounted the number of homeless students.

Professor Shinn said the data also left out children who were not yet in kindergarten and who make up a significant portion of the overall number of homeless children.

The numbers, she said, do not capture the impact homelessness may have on children throughout their lifetimes.

“The question is: What are the long-term effects of homelessness on children, as opposed to the very immediate effects?” she said.