Are We Fighting a War on Homelessness? Or a War on the Homeless? 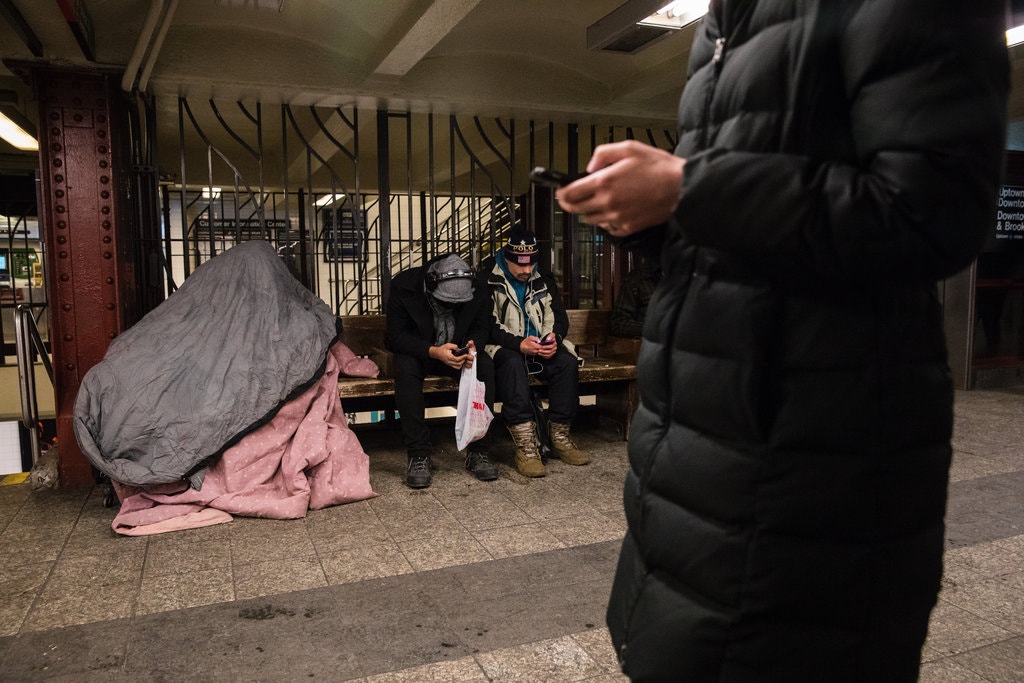 Last fall, a special investigator for the United Nations presented a report to the General Assembly on the global housing crisis, pointing out that a quarter of the world’s urban population now live in “informal settlements” or encampments, increasingly in the most affluent countries. The fact-finding mission took the investigator to cities like Mumbai, Belgrade and Mexico City, where she found rodent infestations, children playing on garbage heaps “as if they were trampolines” and people living in shacks or in damp abandoned buildings full of exposed wires.

At the invitation of academics and advocates, she also went to to San Francisco, where the median home price is $1.6 million.

There she witnessed equally deplorable conditions. Crucial to the report’s assessment was the finding that the city’s resistance to providing help and basic necessities in the encampments there qualified as “cruel and inhuman treatment,” which was in line with violations of international standards of human rights.

While the moment might have been politically galvanizing on a national level, it passed by with comparative silence. Months later, in fact, the compassion deficit surrounding the issue of homelessness revealed itself with a bold clarity in San Francisco. When plans were announced for a social services center for those with nowhere to live, to be built on a parking lot, neighboring residents responded with a crowdfunding campaign that quickly raised more than $100,000 for legal fees opposing the facility.

Among the many candidates in the Democratic field running for president, the subject of homelessness has had very little airing, even as more than 550,000 people remain homeless in the United States. Progressive politicians around the country, who have brought so much energy to successfully fight for a higher minimum wage — and in New York, for example, against an Amazon headquarters in Queens that would have driven housing prices up in a precariously gentrifying part of the city — have applied considerably less vigor toward the project of combating homelessness.

The reductive answer to the question of “why’’ is that homeless people don’t vote. But the real reasons are obviously far more complex, rooted not just in a willingness among so many people to disregard the issue but in a hostility, sublimated or otherwise, toward the very poor that percolates even in some of the most liberal quarters of the country. In Denver, for instance, where you can chew on gummy bears full of weed in your Prius undisturbed and where housing prices have also soared in recent years, residents recently voted to preserve a ban on “urban camping,’’ the right to sleep in tents or blankets outside, by a margin of 82 percent.

In New York City, which has the largest homeless population in the country — more than 63,000 men, women and children—a familiar script plays out every time a new shelter is announced. While many New Yorkers welcome shelters in their neighborhoods, a vocal minority nearly always comes together to try and stop them. Residents will complain that an influx of new people into a neighborhood will bring new infrastructural burdens. They will say that the city engaged the community too late, that people were not given enough time to consider all the implications even though the city often gives neighborhoods more notice than the law requires.

These reactions are expected in more conservative parts of New York, but they happen in neighborhoods that span the ideological spectrum. Earlier this month, various residents in Park Slope, Brooklyn’s leftist epicenter, began to push back against plans for two shelters for women and families that would go up next to each other on Fourth Avenue. The buildings, together containing approximately 240 units, were meant to include market-rate apartments, but when it became clear that they would not be filled, the city decided to rent them for shelter space from the developer.

The shelters would be operated by WIN, a social-service agency under the direction of former City Council speaker, Christine Quinn, who spoke at a contentious town hall meeting about the plan a few weeks ago. “I was not the picture of pleasantry,’’ she acknowledged.

While legitimate concerns have been raised over the shelters—Will the nearby school be able to successfully accommodate new children? Shouldn’t the city be focusing on permanent supportive housing rather than transitional housing?—a NIMBY tenor has been hard to conceal.

A petition that addresses mayor Bill de Blasio and City Councilman Brad Lander says that although residents of Park Slope and Gowanus would support a shelter of “reasonable size,” under certain conditions, they believe locating two big shelters on adjacent blocks is “not fair.” The petition goes on to point out that the city had not yet fulfilled its promise of turning Fourth Avenue into “a flourishing residential neighborhood,” as if homeless families could not contribute to that vision, and that the stretch of the avenue on which the shelters would be located still has only “a single restaurant.”

When I asked Shruti Kappor, one of the organizers of the petition, to elaborate on the concerns she and others shared, she focused on the city’s “lack of transparency,” Ms. Quinn’s “abrasive approach” and on the fact that Fourth Avenue was overbuilt and “at capacity.” Not surprisingly, there had been no protest about “capacity” when the buildings were going up as luxury rental units.

The irony of Ms. Kappor’s opposition is that she is the founder of an initiative that seeks to educate women about domestic violence. (One Park Slope resident who was angered by her resistance to the shelters proceeded to amend Ms. Kappor’s Wikipedia page to alert readers that she had started a petition that would stand in the way of abused women receiving shelter in her neighborhood.)

On the North Shore of Staten Island, the most diverse and liberal part of the borough, local Democrats have spoken up against another WIN shelter, suggesting it would be better located somewhere else. These politicians include newly elected congressman Max Rose and the local city council representative, Debi Rose, the first African-American from Staten Island to be elected to public office there. Ms. Quinn said that some residents have couched their opposition in the view that a nearby park would be unfit for children living in the shelter. WIN has cleaned up parks up before.

“People will throw everything including the kitchen sink into their opposition of homeless shelters which is at its core fear-fueled ignorance,” Ms. Quinn said. “The raising of the concern isn’t where you see the hypocrisy, it is the lack of desire to address the concern that reveals the hypocrisy.”

At the same time in Queens, the borough president, Melinda Katz, who is currently running for district attorney on a progressive platform of criminal justice reform is now, paradoxically, opposing a men’s shelter planned for College Point, arguing that the neighborhood is “deficient in requisite resources.” Residents of the neighborhood have been protesting the shelter for months. Ms. Katz has joined them only recently. She is running for office after all.